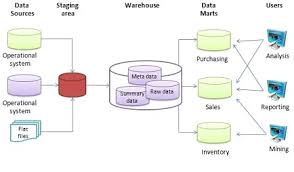 The automatic indexing feature automates index management tasks, such as creating, rebuilding, and dropping indexes in an Oracle Database based on changes in the application workload.

This feature improves database performance by managing indexes automatically in an Oracle Database.

The SQL diagnostics and repair tools, such as SQL Test Case Builder and SQL Repair Advisor have been enhanced to provide better diagnosis and repair capabilities for managing problematic SQL statements.

Use new bit vector SQL operators to speed up COUNT DISTINCT operations within a SQL query. To compute COUNT(DISTINCT) for numeric expressions, you can create a bit vector representation of the expressions and aggregate them before the final bit count. The resulting bit vector can be materialized, such as in a materialized view.

You can construct bit vectors by further grouping on a larger set of GROUP BY keys than targeted queries, so that you can use one materialized view to rewrite multiple GROUP BY queries with COUNT(DISTINCT) expressions by using ROLLUP.

By using the new Big Data drivers, you avoid the cost and complexity of materializing data before populating it into the In-Memory Column Store (IM column store). You can use the SQL analytical capabilities of Oracle Database and Database In-Memory to analyze both internal and external data. Support for parallel query and full scan population means applications have fewer limitations when accessing data that resides outside the database.

You can configure a lightweight, high-frequency automatic task that periodically gathers optimizer statistics for stale objects.

The hybrid partitioned tables feature extends Oracle partitioning by enabling partitions to reside in both Oracle Database segments and in external files and sources. This feature significantly enhances the functionality of partitioning for Big Data SQL where large portions of a table can reside in external partitions.